In 2013 we listened to iTunes Radio and Google Play Music . In 2014,  Taylor Swift flipped toe bird to Spotify and   You Tube launched its’ own music subscription service. By 2015, the music streaming landscape was inundated with so many offerings, the list of names would be a final Jeopardy question no contestant could answer correctly. Here are the “Buzz” Five predictions for 2016:

1. Pandora Will Be The Major Player When Pandora was founded a decade ago, the notion of having personalized radio stations based on an artist or song was mind-blowing. Today, it’s the norm. Pandora has no plans to abandon the personalized radio model it pioneered. Instead, it’s bolting on new features and revenue streams. Most notably, it’s branching out into on-demand streaming using the recently acquired assets of Rdio,  the now-shuttered Spotify competitor. But unlike online radio, whose royalty rates are decided by legislators and judges, on-demand streaming will let Pandora negotiate licensing costs directly with labels. Pandora will also become a much more useful service for artists. In May 2015, the company acquired Next Big Sound,  the main resource for tracking digital music that gives artists a high-level look at their online presence using data from YouTube, Spotify, SoundCloud, Facebook, and others. The company’s quest to become a one-stop shop for artists is quickly expanding. Pandora will also become a competitor to TicketMaster, having gobbled up TicketFly for $450 million in October 2015. Pandora was already dabbling in the concert business, using data to help artists plan their tours and even hosting its own shows. 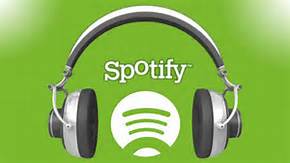 2. Better Sound Quality Companies like Spotify, Apple and Tidal are finding new ways to duke it out with their sound quality. Jay-Z’s TIDAL, offers lossless, high-resolution audio for $20 per month (in addition to the usual $10 tier). Meanwhile, European streaming giant Deezer finally made its way to the U.S. with the launch of Deezer Elite, a high-fidelity streaming service that’s only available on (Sonos) wireless hi-fi speaker systems (for now). Apple is  said to be working on a new high fidelity streaming audio format of its’ own. Brands like Sonos and Bose are helping to make sound quality a selling point.

3. More Streaming Services Will Shut Down or Sell The overcrowded pool of music streaming subscription services with similar offerings may go down like the Titanic because they cannot compete with the big dogs or they cannot afford the royalty payments. Now that the big four (Apple, Google, Microsoft, and Amazon) are monopolizing the playing field, it’s only a matter of time before the smaller players gets squeezed out. It’s possible that  SoundCloud or BandCamp could get gobbled up by a bigger streaming company looking to boost its catalog with independent and unsigned artists.

4. Music Subscription Revenue Will Go Through The Roof Music industry revenue may be on a consistent decline but some segments of the music industry are still growing. Next year, labels will see a notable rise in revenue from music subscriptions. Worldwide subscription revenue climbed 39% in 2014 and 2015 projections are expected to show a notable increase. Apple Music is not free. Once the free trial period ends, you have to pay $10 a month as 10 million people have opted to do.

5. Music May Not Remain Totally “Free” One segment of digital music that did not drive big revenue numbers in 2014 was ad-supported, free music streaming like Spotify’s unpaid tier, YouTube, and SoundCloud. Spotify is fiercely dedicated to its freemium model, yet, the company is reportedly considering giving artists the option to “window” their new releases, temporarily keeping them off the free tier and making them available only to paying subscribers. Insiders speculate money with a sprinkle of principal is why Taylor Swift pulled her catalog from Spotify and why Adele’s “25,” the biggest selling album in over a decade was not available via streaming. The fact that Adele did so phenomenally well despite not being available on streaming services is viewed as a gut punch to an entity claiming to be the future of music.

Free music on YouTube isn’t going anywhere as long as you don’t mind the ads, however, it will be interesting to see how soon and how much of a profit will be generated by You Tube Red. SoundCloud is rumored to be eyeing its own subscription model, which would help explain the new licensing deals the company keeps securing and its   controversial copyright crackdown. This isn’t to say that the huge pool of free internet music is going to dry up in the not so distant future, but don’t be shocked when the day comes and you are asked to pay, much like we now pay for water and cable TV.

Leela James "You're The One"