The concerns of black radio were even more intense within the ranks of black concert promoters. From the post- World War II period onward small black promoters, often working with booking agencies focused on black talent like Associated Booking Company or Queen Booking, put together national tours for R&B acts. Both of these companies were said to have underworld connections, useful since so many major venues around the U.S. were either financed by organized crime or were owned by folks of unquestionable ethics. It was taken as a given that road managers for artists carried guns, a tool would often be crucial in getting paid what was owed and holding onto that cash between the venue and the hotel safe. 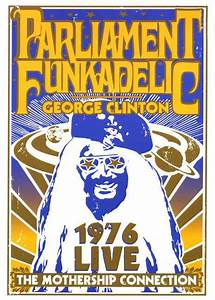 Sometimes these promoters, people like Herman Wynne or Teddy Powell, were “relatively” reputable. (George Clinton once told me that Powell was known for keeping the take on the last show of any tour. You had to bill him when you went on the road again to make up the previous tour’s short fall.) Other promoters were more fly by night who pay have owned a local club or were  gamblers bigger on talk than cash.

In the ‘70s, when white booking agencies and promoters began taking on black acts in large numbers, many performers were excited. Suddenly venues like Madison Square Garden and Carnegie Hall opened their doors to performers too long ghettoized. But who promoted and booked these shows? Increasingly white agencies and promoters. This became a huge controversy within the black music community. Promoters claimed dibs on the artists since they’d booked them since their start, often taking losses before the acts broke big. 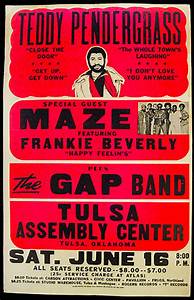 White promoters, many who cut their teeth on pop or rock, argued they had experience with bigger venues and the logistics of mounting arena shows. And the artists, torn between loyalty to old friends and the pull of new opportunities, were in the middle. At the BMA conference the sessions around booking were particularly contentious. Lee Woods, a Jackson, Mississippi based promoter, claimed he’d lost money on a Teddy Pendergrass date a few years ago. Now that Pendergrass was an established star, he couldn’t get dates with the singer via Teddy’s now white booker. Leonard Rowe, a long-time promoter based in Atlanta, called the booking and promotion business “the most segregated segment of the record industry.”

The crossover success of Michael Jackson, Prince, Whitney Houston and other superstar acts in the ‘80s would exacerbate the divide between black promoters and white booking agents. We can see now, looking at a 21st century landscape where a few mammoth entities control both promotions and venues in the United States, these black promoters were fighting an historically losing battle. Ultimately no industry group was more an endangered species than black retailers, the focus of the next installment.

Leela James "You're The One"